Luce/ACLS programming grant will help lead journalists, scholars, and students in expanding their understanding of the politics of religion in Africa Twitter

Through a collaborative programming grant, Prof. Christopher J. Lee will co-lead a program involving journalists, scholars, and students to expand understanding of the politics of religion in Africa. 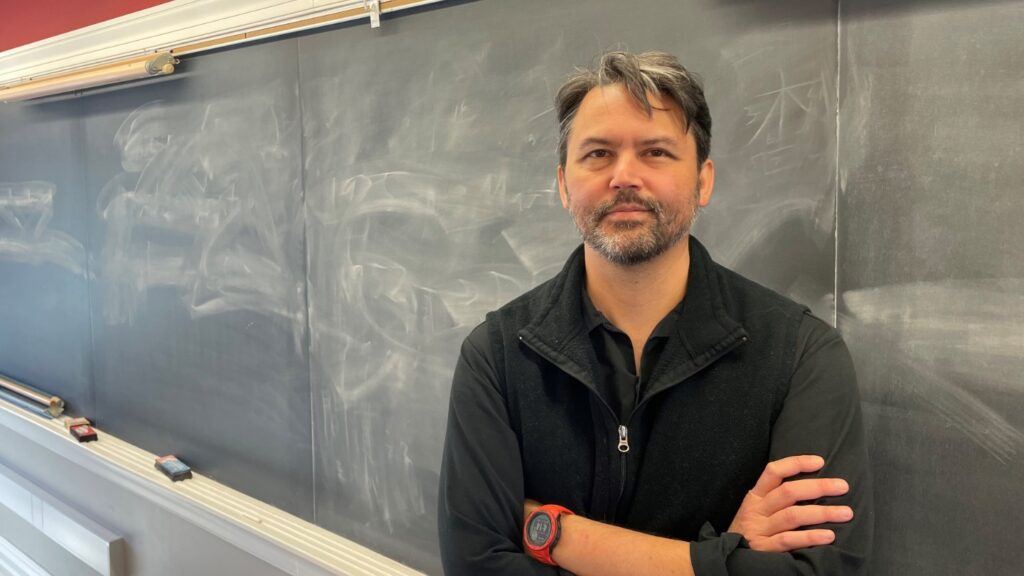 Lee, associate professor of history, along with Sean Jacobs, associate professor of international affairs at The New School, and Daniel Magaziner, professor of history at Yale University, received a grant from the Luce/American Council of Learned Societies (ACLS) Program in Religion, Journalism & International Affairs to strengthen connections between American scholars and African journalists through the theme of religion and politics.

Over 18 months, beginning in July, the $45,000 grant will support long-form journalism, student coursework, a YouTube series, and two public workshops.

“The program is designed to bring attention to the politics of religion in Africa and how journalists are covering it,” Lee says. “In doing so, one of the key incentives is to challenge mainstream media narratives that inform how we think of religion in international affairs.”

Issues to be examined include the politics of Islam in West Africa, Mali in particular, where radical Islam has taken hold.

“We are concerned with how the politics of Islam has been covered in West Africa, in places like Mali for example, but we’re also concerned with the politics of Christianity in places like Uganda, which have been very strident in terms of being anti-LGBTQ,” Lee says. “There’s an emergent, orthodox Christianity that’s been very intolerant. We are also committed to addressing indigenous religious belief systems that have received essentially no mainstream media coverage at all.”

The grant will help identify early-career journalists based in African countries and provide them with financial support and a platform for their investigative work through Africa Is a Country (www.africasacountry.com), a popular online magazine founded by Jacobs in 2009 with more than 110,000 followers on Twitter. Magaziner serves on the editorial board, and Lee is a contributing editor.

The Luce/ACLS funding also will support a workshop at the end of this year at The New School and one at the end of 2023 at Yale, where the selected African journalists will interact with students, faculty (including those at Lafayette), and senior reporters based in the United States.

“Suffice to say, religion is a hot topic in many places,” Lee adds. “But by the same stroke, it is often marginalized as a theme for understanding the social conditions that many communities across the African continent face. African politics are often approached and understood through a secular lens. This program is designed to change that by repositioning the politics of religion in Africa to challenge how people see the global geographies of religion, religious conflict, and religious community in Africa and elsewhere.”

Lee cites the long friendships he has had with Jacobs and Magaziner and their common interests in Africa with having provided the foundation for the program.

“Dan is a historian who wrote a book on Black consciousness and liberation theology in South Africa. So, he’s the thinker on religion,” Lee says. “Sean, meanwhile, is from South Africa and worked as a journalist after he graduated from the University of Cape Town in the early 1990s. He was very caught up in the transition to democracy.”

“I’ve done a lot of international work, so I check that box,” Lee adds. “In other words, the three of us complement one another and complete the thematic aspect of the program.”

With a diverse media and religious landscape in Africa, their work will be cut out for them.

“Being a journalist in Africa can be daunting, especially when you’re starting out doing freelance work,” he says. “Pay is frequently low, and African journalists do not typically enjoy the same protections, such as freedom of the press, that many American journalists take for granted. These factors explain the essence of this program: we’re trying to support the work of African journalists by giving them a media platform, funding, and audience. The payoff for us and our institutions is that Sean, Dan, and I will gain ground-level access to what is currently happening across the continent in terms of the politics of religion, something we plan to share with our students and colleagues.”

Faculty hosting conference on the study of nighttime in Africa

Prof. Robert Blunt and Christopher Lee are researching different aspects of the night