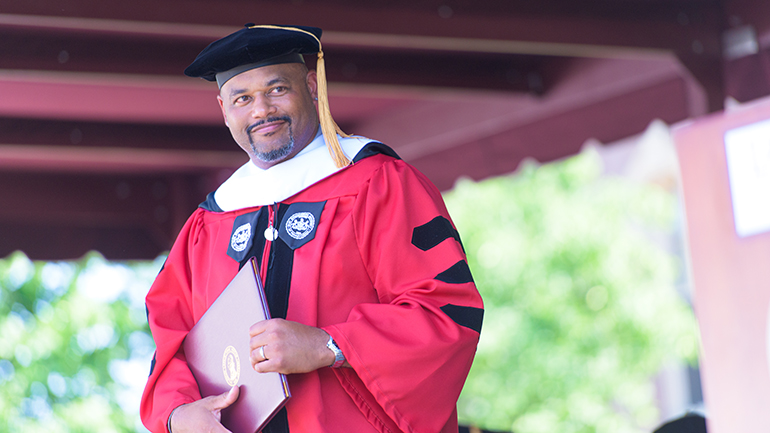 Bailey made history in 2013 by being appointed the first African-American principal of Liberty High School in Bethlehem, Pa. In 2021, a New York Times article lauded him for establishing a leading-edge wellness center at Liberty, a model emulated by other institutions in addressing the ongoing mental health crisis in schools. Also in 2021, his passion for educating youth led to him being selected from among 3,500 Pennsylvania school leaders as the state’s secondary school Principal of the Year.

In service to the larger community, Bailey is the co-founder of the Multicultural Student Leadership Conference, and he speaks at national conferences, community events, professional and board development programs, commencements, and other events across the United States on the critical matters of diversity and equity, organizational leadership, team dynamics, athletic preparation, and trauma and wellness. 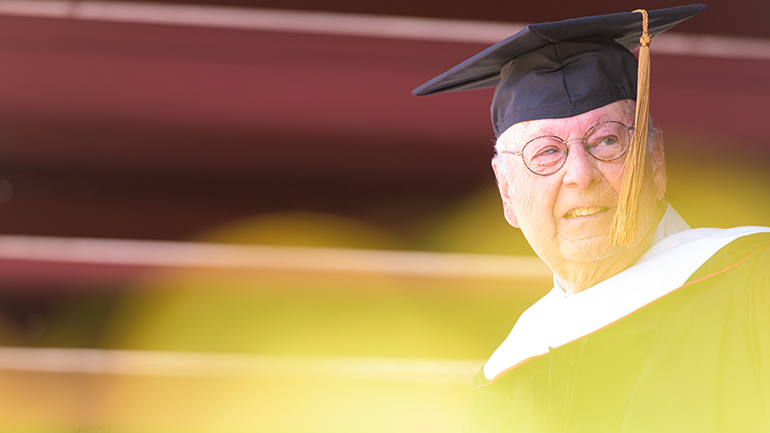 Scott’s support of scholarship and student success is reflected across Lafayette College. Scott provided steadfast service as a Lafayette Trustee from 1988 to 2006—when he retired from the Board and was elected Trustee Emeritus—and as chairman of the Board’s Committee on Financial Policy from 1991 to 2001 and from 2004 to 2006. Over many years, Scott and his dear wife, Kate, made a number of significant and exceedingly generous gifts to support academic initiatives, including faculty awards, endowed scholarship, endowed faculty positions, faculty research, and infrastructure for academic programs. In recognition of Scott’s unwavering commitment to the College, the renovated Scott Hall on Sullivan Lane was named in his honor in 2009. 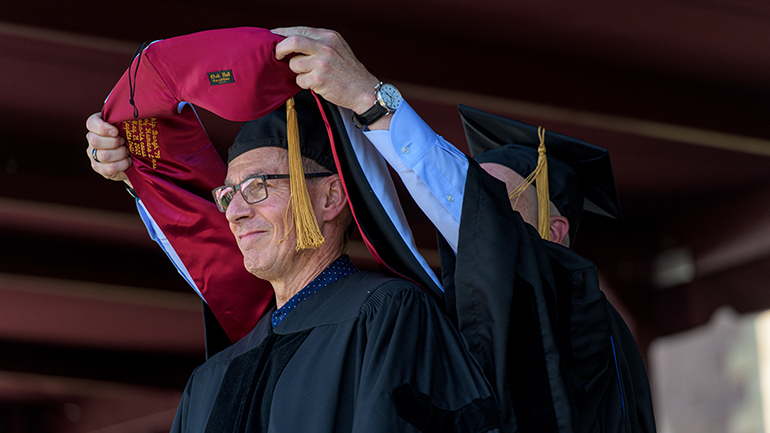 Bergh’s bold leadership, innovative spirit, and unwavering dedication to values such as sustainability and diversity, equity, and inclusion, has touched the lives of millions across the globe who, on a daily basis, utilize and enjoy the iconic brands of which Bergh has been at the helm over the course of his 36-year career in brand management. As president and chief executive officer of Levi Strauss &amp; Co., Bergh  revitalized the brand and solidified its status as a staple of modern
fashion. At Procter &amp; Gamble, he created and revived household products that enhance our daily lives, including the Swiffer, Old Spice, Gillette, Folgers, and Jif Peanut Butter. In 2019, Bergh was befittingly named one of the World’s Greatest Leaders by Fortune Magazine, and has been widely recognized for his values-driven leadership.

Awarded an honorary doctor of science in an earlier ceremony

Evans is a world-renowned pediatric oncologist whose work has spanned more than six decades and impacted the lives of millions of people. She is credited with decreasing mortality rates by 50% for neuroblastoma patients, and her co-founding of the Ronald McDonald House Charities in 1974 today helps more than 3 million people a year across in 62 countries. Thanks to her groundbreaking research and her compassion, children, parents, and families worldwide are able to see light through the darkness of cancer.