A Lafayette College computer science team, competing in the largest programming competition participated by all major universities and colleges in the world, performed with distinction and exceeded expectations. 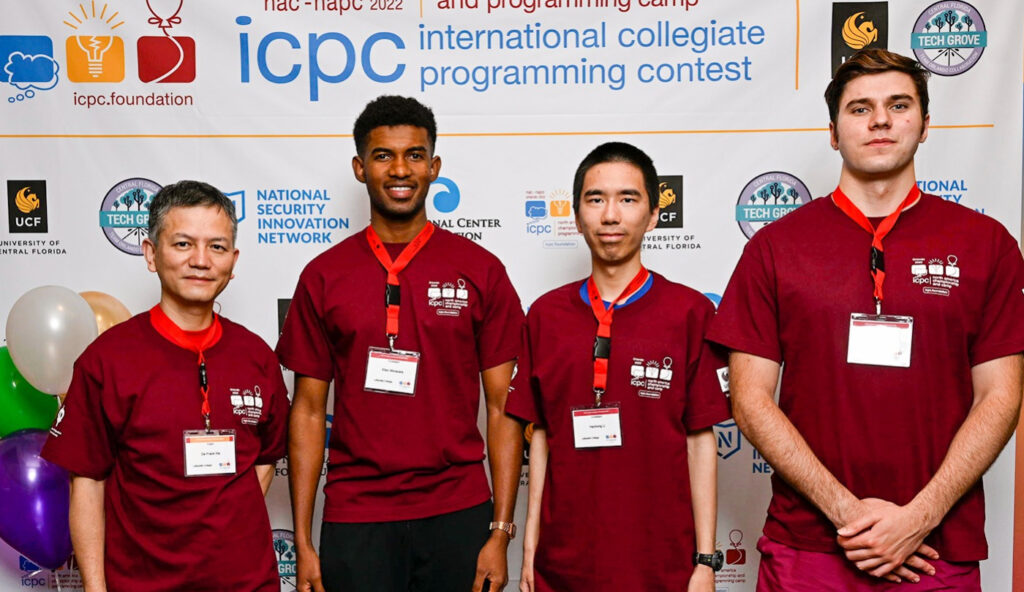 Each year, more than 2,500 teams from North America compete in regional and divisional programming contests. Among them, approximately 50 top teams are invited to the North America Championship to compete for the advancement to the World Finals.

For the first time in the College’s history, a Lafayette team earned a place in the International Collegiate Programming Contest (ICPC) North America Championship and North America Programming Camp (NAC-NAPC), held May 26-31 at University of Central Florida.

Members of Team Lafayette 1 are Lekso Borashvili ’23, Peter Li ’23, and Claire Liu ’23. Due to a scheduling conflict, Liu was substituted by Eliso Morazara ’25 at the event. Lafayette College was one of three liberal arts colleges invited to the NAC along with Swarthmore College and Carleton College.

The team participated in a programming competition organized by the National Security Agency (NSA), in which they tried to solve real-world problems in cybersecurity and cryptography. Team Lafayette 1 ranked 25th among 50 teams in the NSA Challenge Competition.

During the five-hour final programming competition at the ICPC North America Championship (NAC), which took place May 30, teams attempted to solve most problems within the shortest possible time. Among 50 teams, the Lafayette team ranked 29th with four problems solved. 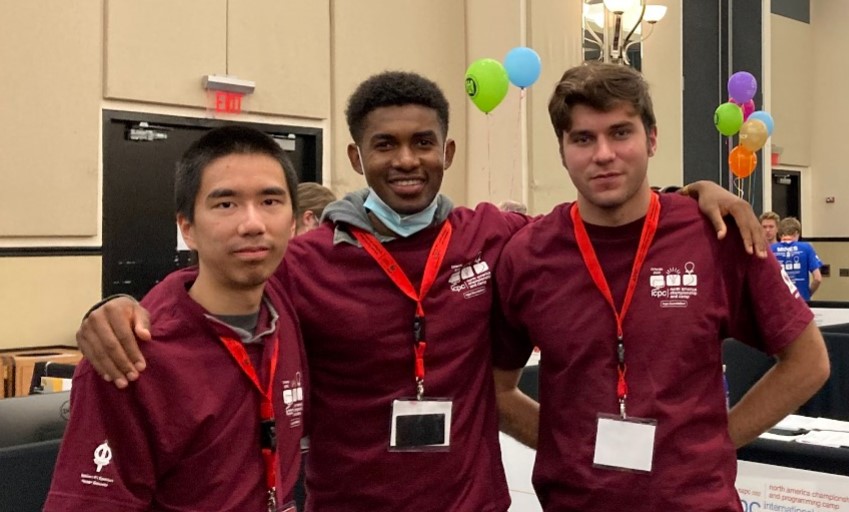 “Considering the level of competition, this achievement was above my expectation,” says Frank Xia, associate professor of computer science and team adviser. “Despite their relative inexperience, the members of the Lafayette team ranked higher than teams from such strong institutions as UC Berkeley and Cornell.”

More importantly, the competition was a transformative experience for the students, he says.

“They had the opportunities to learn from the coaches and students in top institutions,” Xia notes. “They tested their skills in the highest-level competition and gained confidence in themselves. It strongly motivated them to strive for better results in the future.”

The competition encouraged Xia to build on the strengths of Lafayette’s computer science department and improve competitive programming at Lafayette.

In the long term, Xia says he would like to build an infrastructure for recruiting and training students.

“Many of the successful institutions have courses on competitive programming, either as electives or special topics courses,” he says. “Creating such a course will not only provide regular training for our competition team members, but it will also improve other students’ knowledge and skill levels in data structures and algorithms.”

Learn more and read the final results from NAC.