The House Select Committee investigating the Jan. 6 attack on the U.S. Capitol has aired several hearings—including the first live in prime time—and introduced previously unseen material that provides the American people with an initial summary of its findings about the coordinated effort to overturn the results of the 2020 presidential election.

John Kincaid, Robert B. and Helen S. Meyner Professor of Government and Public Service, joined us to discuss why the inquiry is needed, how the historic event is competing for the attention of voters who may be more concerned with inflation and high gas prices, and what may come next after the hearings wrap up. 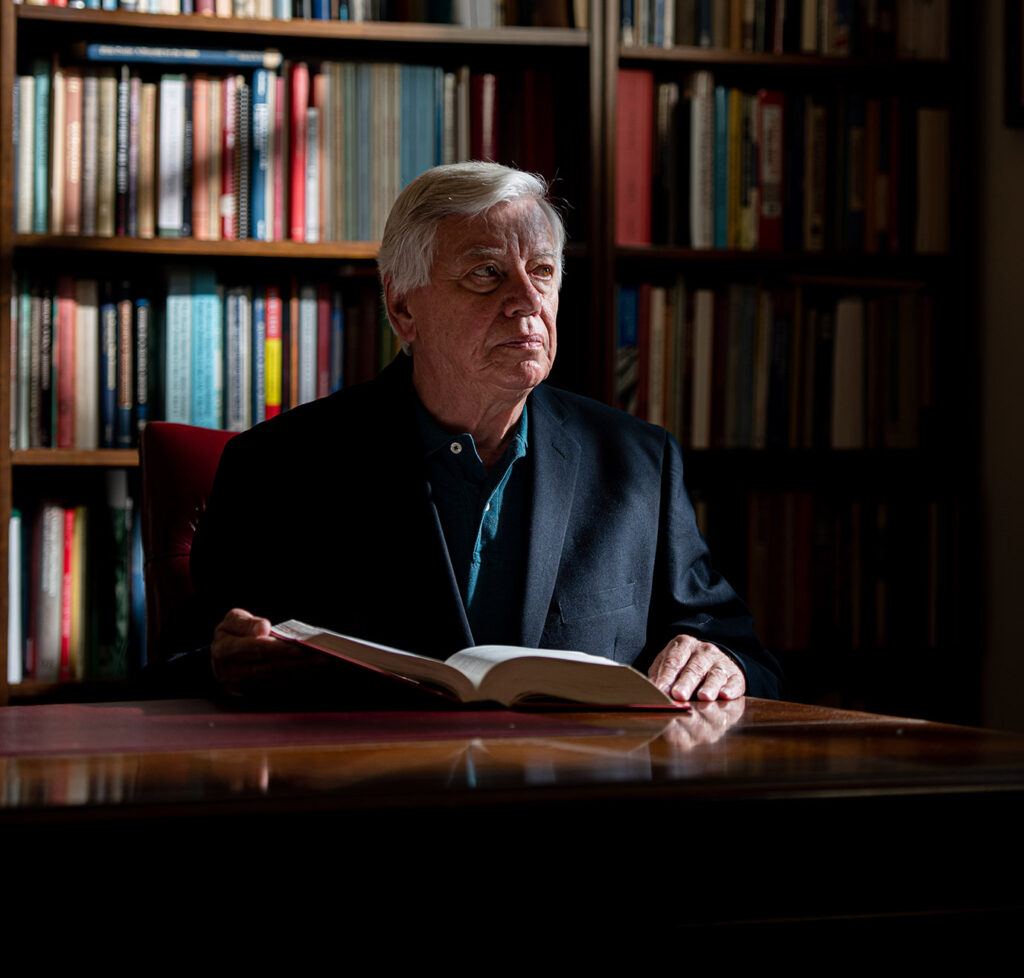 Why is it so important to pay attention to the events that took place Jan. 6, 2021?

Kincaid: It is absolutely necessary to have an inquiry into the Jan. 6 assault on the Capitol. This was an unprecedented event in American history. I use the term “assault” rather than “insurrection.” It does not quite qualify as an insurrection, though it was certainly a very serious attack on one of our core constitutional processes. The origin of the Jan. 6 committee is the House of Representatives. They need to try to determine why that event happened, why the Capitol Police were not more prepared for the event, and whether the assault was orchestrated in some way. It looks like it was partly spontaneous, but also partly orchestrated. That’s why the committee is focusing on groups such as the Oath Keepers and the Proud Boys. They came apparently prepared for an event of this nature.

There are those who have compared the events of Jan. 6 to Watergate.

Kincaid: I suppose people are comparing it to Watergate because Watergate was a threat to our democracy. I was around when Watergate happened, and I managed the legal defense for Daniel Ellsberg and Anthony Russo in the Pentagon Papers trial. Nine months before the White House “plumbers” broke into the Democratic National headquarters at the Watergate in June 1972, they broke into Ellsberg’s psychiatrist’s office looking for information to ‘neutralize’ Ellsberg. But the Capitol assault is quite different. This was not government operatives raiding the opposition party’s office. This was several thousand people storming the Capitol to thwart a constitutional process and possibly kill key leaders. This was a complete erosion of all norms to which we were once accustomed. The rioters did disrupt the counting of the electoral votes. They forced members of Congress to flee to hiding places. They threatened the lives of the vice president and the speaker of the house. It’s just much bigger in that sense, than Watergate. Jan. 6 was an unprecedented assault. Although the electoral count resumed after the delay and was completed late that night, and Biden was inaugurated 14 days later, this was a terrible event that needs to be dealt with, including criminal prosecution of the rioters and any behind-the-scenes planners.

Several of the top White House staff who held their positions in January 2021 were subpoenaed and declined to appear. Doesn’t that suggest they are guilty or are hiding something? Why is it so important to get direct testimony from those who were in the room, and held positions of power at that time?

Kincaid: Let’s remember that we have the Fifth Amendment. If someone pleads the Fifth Amendment, it doesn’t mean they’re guilty or necessarily hiding something. My preference would be that they would cooperate and testify. However, two legitimate legal issues need to be considered. One is Executive Privilege, that is a right to withhold information. That’s a right claimed by all modern presidents. A president needs to be able to get unvarnished advice from advisers and be assured the advice will not leak out at some point. In a couple of cases, there also is the question of attorney/client privilege, in terms of an attorney advising the president, who is the client. That’s not to say that these privileges necessarily excuse them from testifying altogether, but if we further erode these privileges in the case of former President Trump, we will have eroded them for all future presidents.

We heard testimony from Ivanka Trump and Jared Kushner, as well as former Attorney General Bill Barr, about resisting Trump’s stolen election narrative. Some of the people who are refusing to testify probably don’t have a lot to add to those testimonies. The person who really needs to be interviewed, who is resisting, is Steve Bannon. Given his public comments on Jan. 5, saying that all hell was going to break loose on Jan. 6, it would be very important to question him. How did he know all hell would break loose?

Otherwise, an impressive revelation of the hearings is that many officials in Trump’s White House and cabinet refused to go along with Trump’s stolen election narrative. There were threats of mass resignations in the Department of Justice and elsewhere; some high officials did resign over Trump’s Jan. 6 behavior; and then-Vice President Mike Pence, who spent four years as Trump’s lackey, did his constitutional duty on Jan. 6. While the assault was a threat to our republic, we should not overlook these countervailing strengths of our republic.

What challenges is the committee facing?

Kincaid: A number of problems will limit the Jan. 6 committee’s impact. For one, it’s not a joint House and Senate committee. It would have been better if the Democrats had been able to get Nancy Pelosi and Chuck Schumer to work on creating a joint House and Senate committee. The Jan. 6 committee is technically bipartisan, but not really bipartisan, partly because Republicans were not very cooperative. Also, by focusing so heavily on Trump, the committee is not publicly dealing with the intelligence failures. For example, why were the Capitol Police not reinforced before the start of the Trump rally? In addition, by focusing so heavily on Trump in a prosecutorial manner, as exemplified by the opening statements of both Congressman Thompson and Congresswoman Cheney, they’ve already put off most Republicans. I’m not saying the committee shouldn’t focus substantially on Trump. After all, as the events unfolded, I, like many Americans, was wondering, where the heck is the president? Why isn’t he telling them to stop? Why isn’t he ordering out the military to deal with this? These are all very legitimate questions. But the heavy mono focus on Trump means the committee is not really dealing with the root causes of the assault.

The root causes include the polarization of our political life, for which both parties are responsible and for which the key leaders of both parties refuse to take responsibility. They need to own up to that, and also grapple with the huge level of mistrust the public has in the federal government. I show my Government and Law classes the polling about the steep decline of trust in the federal government since the 1960s. Then I show them polling about public trust in our state and local governments, which is really high. There is widespread alienation, and most Americans are pessimistic about the country’s future. The committee is not dealing with those issues. So how do we get to the root causes? The committee is also having difficulty getting its message across to citizens in the face of everyone being preoccupied with inflation. People are worried about the escalating prices of gas, food, and housing. Many people are watching [the hearings] or news about the hearings and wondering, what the heck are these people doing? Why are they doing all of this on TV when I want to know who’s going to bring my gas prices down?

Once the hearings are over, what could possibly come next—and what might the time frame for that look like?