A distinguished geologist, Germanoski was elected by his peers for the prestigious honor based on his 30-plus years of impactful and award-recognized service to academia and his field Twitter 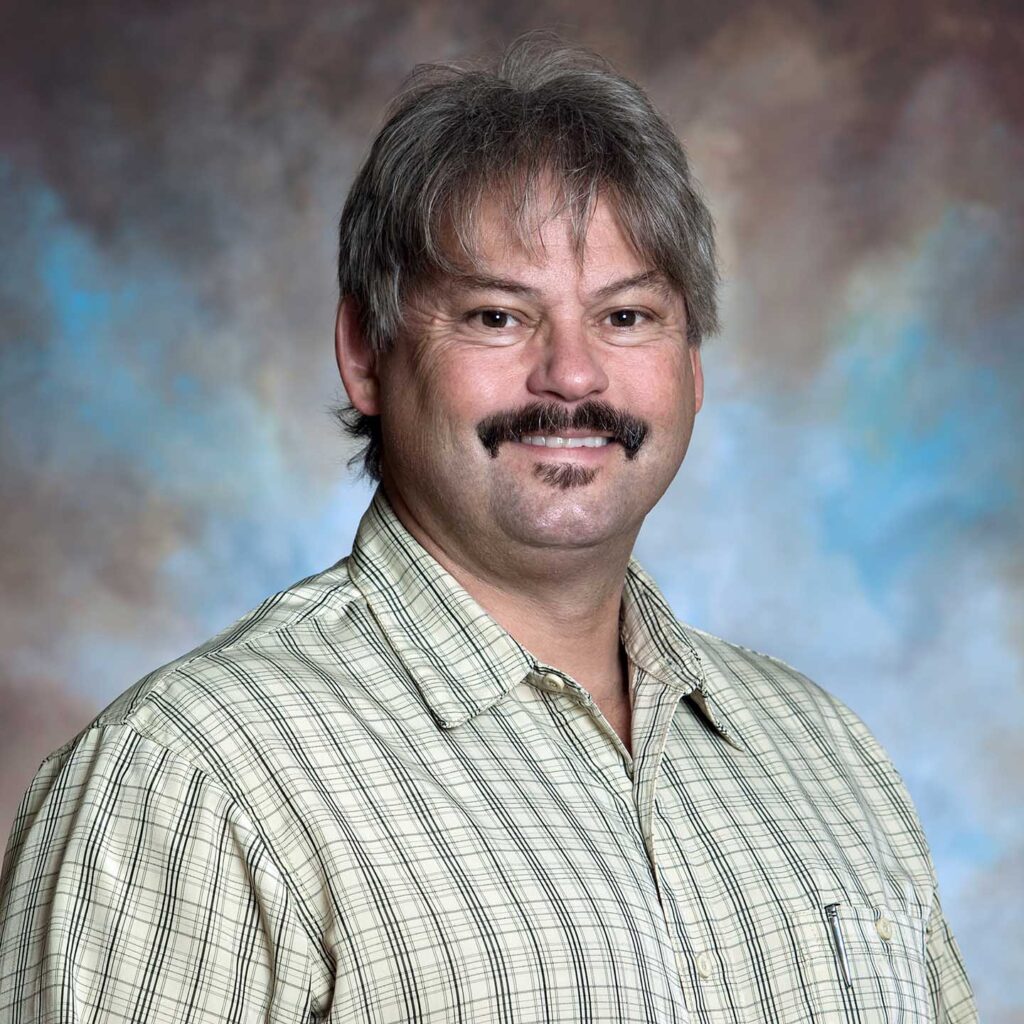 Dr. Ervin R. Van Artsdalen Professor of Geology Dru Germanoski was recently elected as a fellow of the Geological Society of America (GSA). A geologist with an infectious passion and enthusiasm for his work, Germanoski was nominated by his peers for the prestigious honor based on his more than 30 years of distinguished, impactful, and award-recognized service and scholarly contributions to the geosciences.

“If you do something you love, you never work a day in your life. And that’s what my life has been. But at the same time, there is real work involved,” Germanoski says. “When your efforts are recognized by an honor of this sort, it means your hard work was valuable, and it’s a moment of extreme motivation. It lights a new fire under you to continue doing your best.” 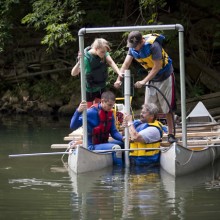 Prof. Dru Germanoski works with students on the Bushkill Creek.

In addition to having authored a multitude of scholarly articles, reviewed articles for publication in journals, and served as head of Lafayette’s Geology Department, Germanoski has engaged in fieldwork across the globe. He studied the channel dynamics of the Toklat River in Alaska’s Denali National Park, he collaborated with geologists in Bolivia to develop a model using lead isotopes to fingerprint the origins of heavy metal contaminants in parts of the Rio Pilcomayo River, and he spent over a decade studying wet meadow ecosystems in Nevada’s Great Basin and how changes in climate and land use have led to their destabilization. Germanoski is currently examining the interactions between groundwater and surface water in several tributaries to the Delaware River in the Lehigh Valley, and he is deeply involved in a project to remove nonfunctioning dams in Bushkill Creek that powered mills in the 1700s and 1800s.

“The world is my lab,” Germanoski says. “The interconnectedness of natural systems, and the role that rivers and water play in sculpting the landscape and in providing service to ecosystems—is a never-ending fascination for me. And it’s practical. The Colorado River system is emblematic of the stresses that climate change is placing on arid and semi-arid cities. The Colorado River Compact of 1922—which appropriates water to users—was based on data from a period of abnormally high flow, which resulted in the river being over-appropriated. The situation has been exacerbated by climate change, which has further reduced the annual discharge of the river. This example illustrates the importance and value of thoroughly understanding river systems in order to better manage water resources in a changing world.”

Germanoski discovered his passion for the outdoors during his childhood, when he spent hours hiking, canoeing, and fishing in the waterways of Central Pennsylvania’s Bedford County, where his parents owned a cabin. Once, when he was 5, his parents formed a search party after he didn’t show up for dinner. He finally returned at sundown, having lost track of time while exploring the Raystown branch of the Juniata River.

Being elected as a GSA fellow is just one of the many accolades Germanoski has received over the years in recognition of his accomplishments: He’s also previously been awarded the Jones Lecture Award for Distinguished Teaching and Scholarship, Marquis Distinguished Teaching Award, Van Artsdalen Prize for Outstanding Scholarly Achievement, and Student Government Outstanding Teacher Award. Germanoski says one of the most rewarding aspects of his career, however, is the fact that it allows him to make a positive difference in the lives of his students.

“Several weeks ago, a student in an intro course left me a note that said, ‘Thank you for a wonderful semester in geology. I really was expecting boring rock memorization, but I learned so much about the Earth and our place on it. The work you put into making the class relatable and engaging doesn’t go unnoticed.’ After reading that note, which brought tears to my eyes, I can say to myself I didn’t waste one minute of the semester. Most people don’t really understand how all-encompassing geology is. It’s remarkable how many students have gone on to teach at all levels, influence people, and share knowledge of the natural world, how science works, and the importance of science in human endeavors. To see students learn about and come to appreciate the Earth’s natural systems is the best part of teaching.”

Professor of political economy and chair of policy studies is included on Research.com’s 2022 ranking of leading scientists in law and political science.