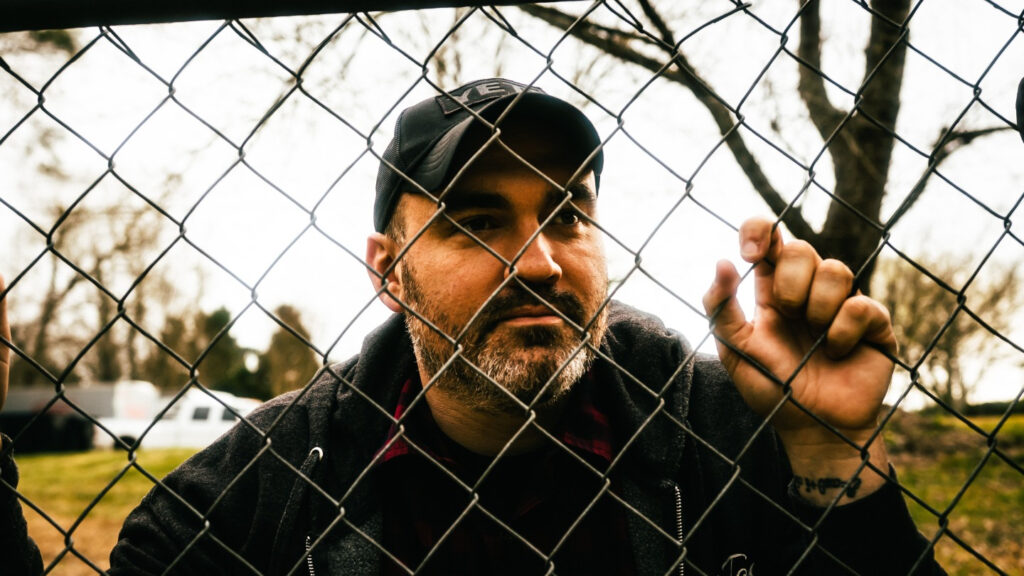 Inspired by the multidimensional talents of his engineering colleagues and drawing on his own love of creating music, nurtured and appreciated even more acutely during the height of the pandemic, Prof. Alex Brown is set to release his much anticipated first album.

Created remotely over GarageBand sessions in collaboration with his Georgia-based friend, Ben Cato, Fake It ‘Til You Fake It Better is being released on retro-style 12-inch vinyl.

Recorded, engineered, produced by Jeremy Nichols at Space Jockey Sound in Woodstock, Ga., and mastered by Paul Leavitt, the album will be offered on all digital streaming platforms at www.impostersinrome.com starting Aug. 26.

The name of Brown’s band, Imposters In Rome, is a reference to imposter syndrome, a mindset where success is attributed to luck rather than ability. Their first single, “When I’m Afraid,” was released in January 2021, an autobiographical pep talk written through the lens of an academic. It’s joined by six other original songs on the album that explore a reckoning with life’s uncertainties.

“It’s a different way to write music than I think most people are used to, at least in the alternative rock kind of space,” says Brown, assistant professor of mechanical engineering. “A lot of times people like to get in a room with somebody and collaborate and bounce ideas off each other, and say, Oh, I have this riff. What do you think about this? Can you add something?”

But with the GarageBand app and Google drive, Brown and Cato built their songs remotely, sometimes eight bars at a time, as they refined the melodic, harmonic, and rhythmic structures of their songs, and wrote the lyrics. “We’d just go back and forth until we had it down,” he recalls.

Brown says he and Cato leaned hard into the sentiments expressed in their original song.

“The album’s called Fake It ‘Til You Fake It Better, which is kind of along the same lines. It’s about doing your best in the face of uncertainty. A lot of stuff has happened to us as individuals over the last few years, and a lot of stuff has happened to the world and the country in the last few years. Not all of it we know how to deal with, so we just do the best we can. And sometimes it feels like we’re not doing a great job. I think everybody can relate to that sort of sentiment.”

Always modest, Brown doesn’t expect any of the songs to qualify as masterpieces, but he’s nonetheless pleased with the songs on the album.

“They’re all really, really important to me for different reasons,” he says. “One of the things we did do, Ben and I made sure to pick the order of the tracks very carefully. And there are some motifs and recurring themes, sort of melodically and harmonically and lyrically, that kind of thread throughout the album. If you listen to it all the way through, you’ll see that it was designed to be listened to that way, kind of like a series of movements.”

Classically trained as a child on clarinet, Brown sings and plays guitar, keyboard, alto and tenor saxophone, and even a little trumpet on the album, describing its closest relative, musically speaking, as alternative rock. He says he and Cato share many of the same musical influences and has been personally inspired by an eclectic mix of 1990s punk, classic jazz and swing, and legendary instrumental and vocal artists such as Stan Getz and Ella Fitzgerald.

“This project really pulled together so many of the ‘ands’ that Lafayette is known for,” Brown says. “My department is full of really talented people—authors and musicians and amazing athletes who pursue the arts. I love my job, and I love engineering. We continue to bring that into the music in different ways.”

“The kinds of creativity that go into it are very similar in the way that you do something novel, while respecting the past and sort of standing on the shoulders of the people who came before you, are kind of similar,” says Brown, who wrote a video game for the band’s website that’s based on the engineering simulations he uses in class.

“I’ve always found that those two things are not only compatible, but sort of constructive,” he adds. “You can talk about music in an engineering class when you make parallels between the sort of tools that you’re teaching students to solve an engineering problem and maybe the tools that you would use to create a piece of music.”

Intersection of academics and music

Believing in the important creative and process-based parallels between academic work and music, Brown sees a similar push-and-pull between exploration and convention, between the freedom to create and the responsibility to build on what works in the act of creation.

“There are also important differences that mean that music can continue to be an escape, a blowoff valve of sorts, in my life,” he says. “I think that’s the purpose it serves for a lot of people; it’s certainly always been that way for me. Like a friend you can call after years of silence and pick up conversation like it’s only been five minutes, music has always been there for me when and how I’ve needed it to reset the brain, absorb the pain, or keep me from going completely insane.”

He describes the writing sessions with Cato over the last two years as a vital force for processing a range of difficult life events and changes.

“The opportunity to share the musical conversations that grew organically out of all of that internal reckoning is something I haven’t really had since high school,” Brown says. “It feels so good! These days, I get to come home from a 12-hour day at work and make music with one of my favorite musicians. Forget the logistical challenges associated with the distance between our home bases. You just can’t beat it.”

Robotics lab will support teaching and research across disciplines