The 190th group of students to enter Lafayette as members of the Class of 2025 are the largest class in the College’s history (784 plus 20 transfer students). Their dynamic range of interdisciplinary talents matches previous groups who have graced these halls for almost 200 years.

Meet a few who dot the map everywhere in between. 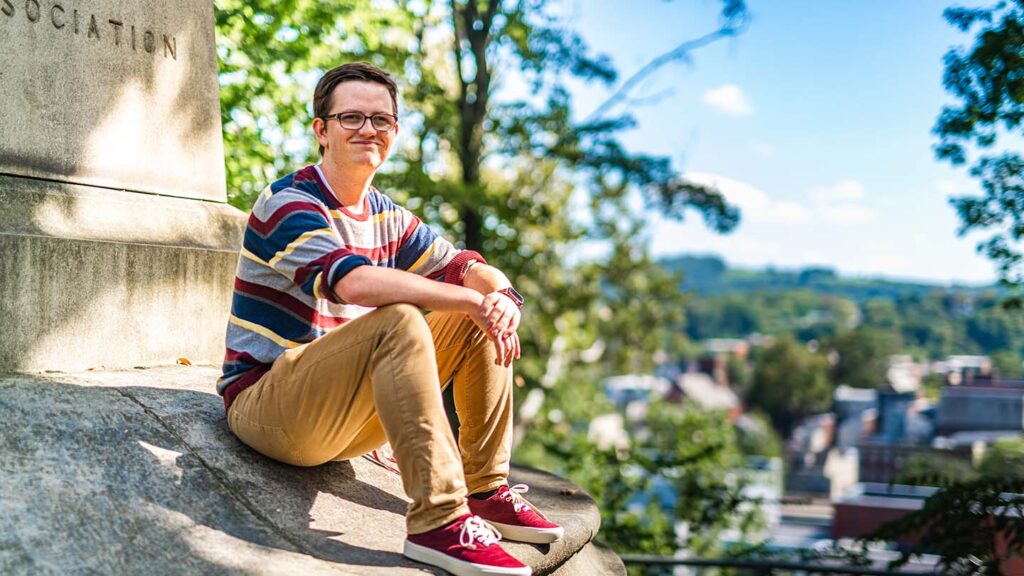 Potential major: Biology with a minor in environmental science

Awesomeness factor: As a transfer student, Kelshaw steps on campus with a wealth of experiences. Having barely graduated from high school and told he’d be flipping burgers for a lifetime, he took a few years to work and travel as a lighting designer, helping illuminate the stages for artists like Earth, Wind, and Fire, Trans-Siberian Orchestra, and Chris Brown. COVID-19 altered his work, so he returned to Northampton Community College where he earned a degree along with membership into Phi Theta Kappa, the academic honor society. Lafayette remained his dream school, noting how he and his great-grandfather, a WWII Purple Heart-awarded veteran, would sit in Easton’s Centre Square and look admiringly up the hill after they marched together in the Memorial Day parade every year. That dream became a reality for this Marquis Award recipient who is the first in his family to attend college. While his career ambitions aren’t clear, he knows he wants to combine his love of biology and ecology with the happiness he created on music tours. “Educating people at a zoo or in a national park can make a lasting impression,” he says. “I feel like I want to make a difference like that in the fields I love.”

Awesomeness factor: This salutatorian and two-sport varsity athlete (tennis and track and field) loves to grow and eat Brussels sprouts, and don’t get her started on ageratum. Her love of gardening was just part of her family life. She sold vegetables and flowers from the family hobby greenhouse to help raise $6,000 for her local library over the course of a few seasons. Later she was involved in PA Trout in the Classroom program, which had her raising rainbow trout, monitoring water quality, teaching her peers, and releasing fish at an outdoor retreat for wounded veterans. Weekends, though, had her donning shades, sitting on a huge amplifier, and jamming on electric bass with the marching band at Friday night football games. She also plucked those strings for the jazz band and the pit orchestra for the high school musical. “Multifaceted is how my family describes me,” she says. Seems an understatement for this Marquis Fellow.

Classes: Introduction to Engineering, Calculus I, Chemistry, FYS: The 1960s

Awesomeness factor: While he began playing alto saxophone in the marching band in sixth grade, Shirk decided he should play sports as a sophomore, trying out and making the football and wrestling teams. But he faced a steep learning curve competing with others who had played since pee-wees and had a clear edge in size and game knowledge. That was all the motivation he needed to dedicate himself to working hard on the field/mat and in the weight room. It didn’t take the coaches long to see his commitment, and they soon made him a captain. Harder to see was the way Shirk served to bridge two disparate high school groups, inviting band and sport friends together. “Nothing breaks cliques quicker than seeing a musician catch a touchdown pass in a pickup game,” he says, “or a jock really get into a game of Dungeons and Dragons.” 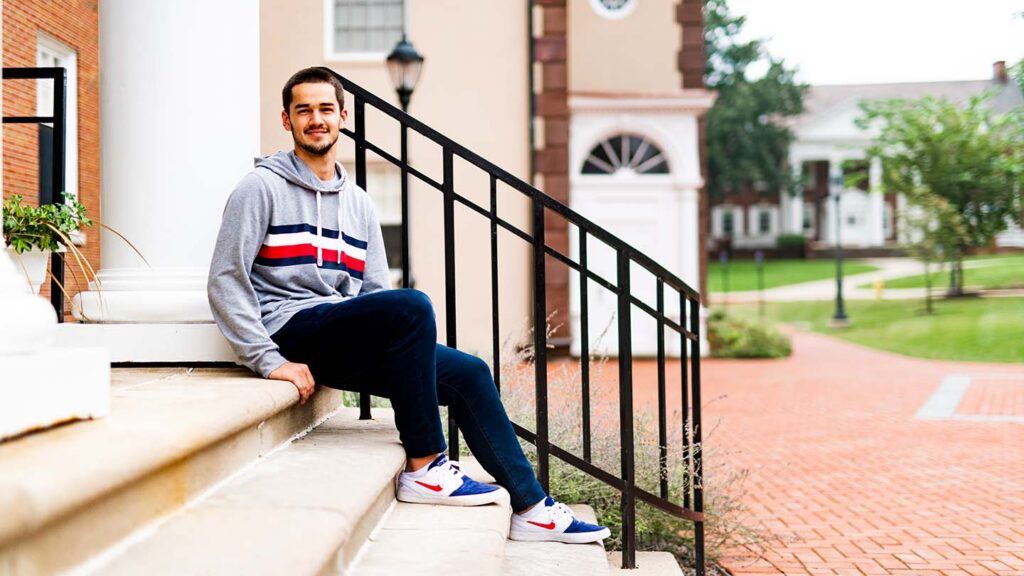 Awesomeness factor: As a first grader, Mannes went to a fencing club for a test lesson. He has been wielding an epee ever since. Unlike other sports that have professional options, fencing’s highest aspiration is Olympic splendor, which did befall a teammate from his club who surprised the sport by besting top seeds and earning gold in Tokyo. Mannes is not sure how to rank himself against his new competitors until he takes the stage in his first competition this fall. But he is excited to be in the U.S. and continue to fence as well as earn a degree. “Everyone I have met on the team and on campus is very kind,” he says. “I am excited to build a new network of connections and face new challenges.” Even with a goal of making the NCAA finals, the first real challenge he’s facing seems to be finding a decent croissant for breakfast.

Awesomeness factor: Following the death of George Floyd, Sacotingo co-founded SELAH (Serving Every Living-being At Heart) at her school, the last in Virginia to integrate, where racial tensions were still high and students needed a space to come together and begin social healing. The mayor of Alexandria joined the group at its first event, as well as “Supernanny” Dr. Deborah Tillman, who has become a mentor to Sacotingo for her range of talents as a speaker, author, and business woman, and inspired this young entrepreneur. She has put her talent out there as a vocalist, singing the national anthem at sporting events and composing original compositions like “Beautiful People.”  “I was often the only Black woman in my AP classes and heard the message that I didn’t belong there, which led to my own mental health struggles,” she says, “But racism is an issue of the heart and a reflection on that person’s relationship to self. We can find common ground and understanding to create the Beloved Community. As my song says, ‘We are equal people here, we shouldn’t have to fear.’”

Awesomeness factor: For 12 years, O’Shea has been studying at O’Malley’s Irish Dance Academy and competing in regional and national dance events. Every year near Thanksgiving, he would travel to Philadelphia for the Mid-Atlantic Region Oireachtas and perform three solo dances—soft shoe, hard shoe, and traditional. One year he stopped mid-routine, but the next year he high-stepped his way to nationals. While rehearsals demand several hours of practice a few days a week, O’Shea also ran varsity track and served as a leader in several environmental and social justice groups at high school. But dancing in parades, stage shows, and bar performances were a standard part of his schedule. “My years of dance have connected me to my Irish culture and served as a fun icebreaker,” he says. Soon Ruef Hall will be reeling from the sounds of clogs. 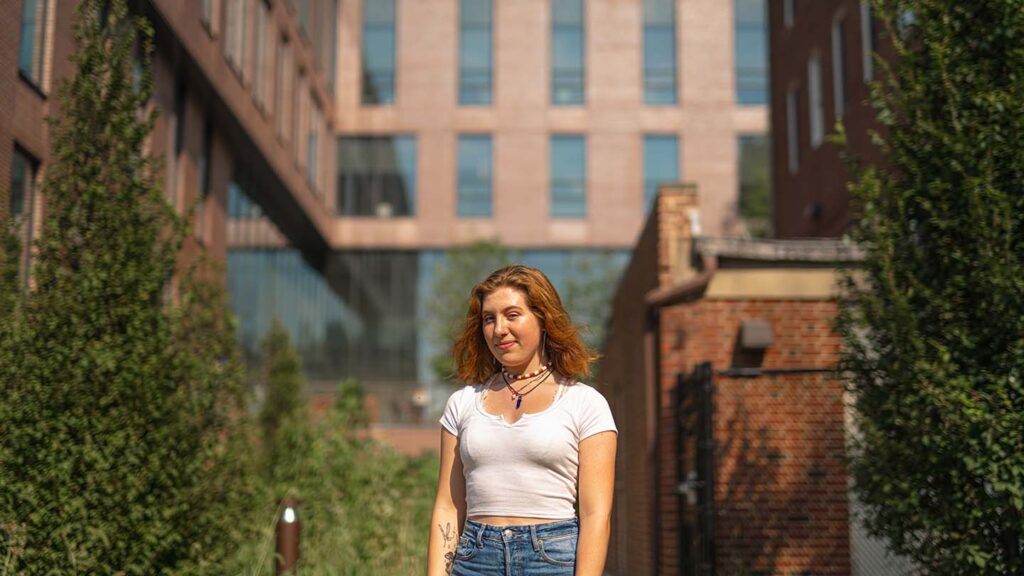 Awesomeness factor: This homeschooled student loves taking unique approaches to solving problems and discovering answers for herself. She served as her own teacher during high school, waking in the morning, getting ready for class, and then reading texts, watching videos, and getting active outside. To supplement her own coursework, she also took classes at a local college, Stanford, and Harvard on women in health, climate change, sports nutrition, psychology, and sociology. Art was an outlet for her, painting natural scenes and objects like mushrooms and ferns. Her family garden was another passion where she planted, tended, and then preserved, pickled, and canned all that they grew. LaFarm reminds her of home as she is already an active volunteer there. “I adored Lafayette, and LaFarm was a key part of that,” she says. She can’t wait for yoga to return to its fields. 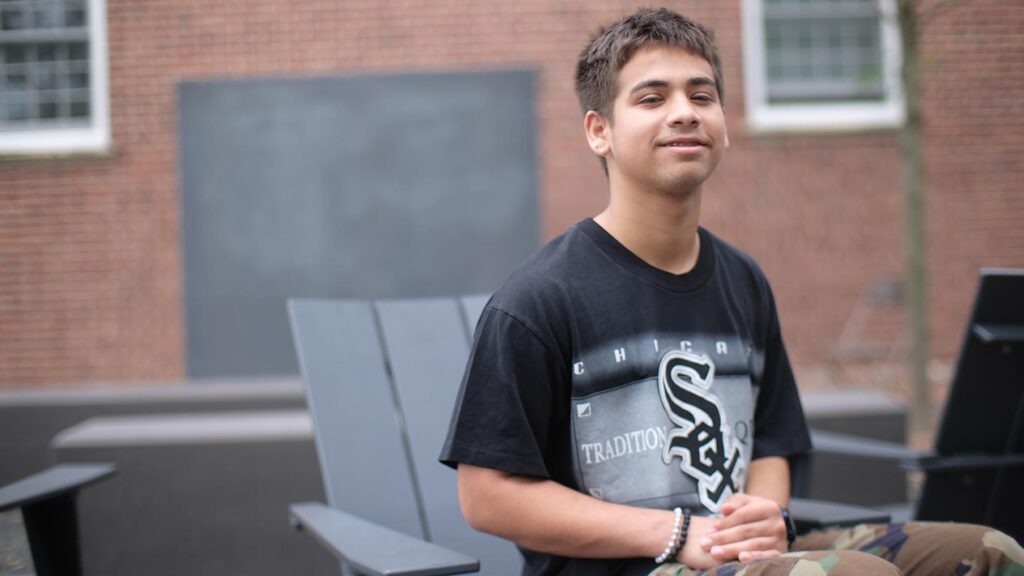 Awesomeness factor: Having moved to Pennsylvania from Puerto Rico prior to 10th grade, Gomez had to overcome the loss of his friends, homeland, and culture, and then enter into an American school system at a high school in the Lehigh Valley facing greater disadvantages. His high school adviser directed him to a program where Gomez could earn his high school diploma alongside his associate’s degree at Lehigh Carbon Community College. He passed the entrance exam and began the program in 11th grade, taking many courses to prepare him for Lafayette, his adviser’s top choice for great colleges. Gomez was on the dean’s list each semester and had a professor who helped him greatly with his English. “I was glad to give up the high school environment for an investment in my future,” he says. 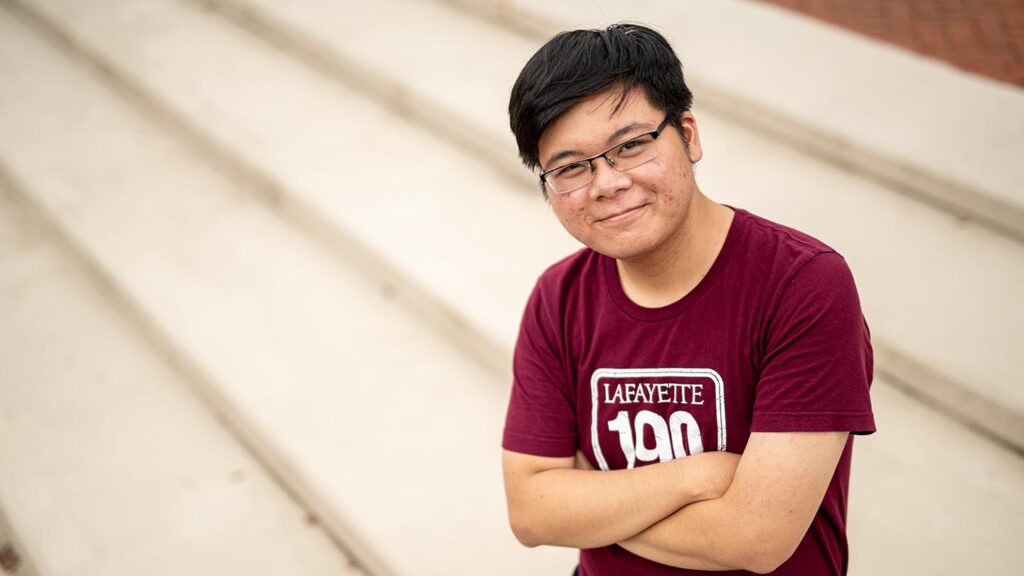 Potential major: Mathematics and integrative engineering (bioengineering concentration) with a minor in music

Awesomeness factor: While Vu began piano lessons at age 5, it wasn’t until third grade that he really liked them. By age 9, he was attending a conservatory to take professional music classes. He has played at a number of recitals and earned top ranks in a national competition sponsored by Steinway & Sons. Chamber music is a passion, and he has worked to raise public awareness about classical music. But if piano fed his right brain, math fed his left brain. He won the Vietnamese Mathematics Olympiad in 2020 with his skills in number theory, algebra, geometry, and combinatorics. If that wasn’t enough, Vu also recently co-founded an online platform that helps tutor underprivileged students to prepare for both national and international standardized tests and confidently step into college. Knowing that his studies in Acopian will keep him busy, he still finds respite in the works of Chopin and Beethoven during two hours of daily piano practice.

Awesomeness factor: In 2019, Brand earned first place in his age division at USA Triathlon national championships, which qualified him for the world championships this October. His fifth place finish at the 2021 nationals will send him to world championships in Edmonton, Canada, next October. While he began competitive swimming at a young age, he burned out at age 12 and picked up running. As a high school freshman, he competed in a local triathlon for fun and did so well that a coach from a local team recruited him, and Brand soon learned to ride a road bike. Brand has a love/hate relationship with the sport. He is never bored by it, but the training regime is hard to manage to stay at a high level. Currently he has swim team practice six days a week, and two of those days are in the wee hours of early morning. The off mornings have him out for long runs. He squeezes in several two-hour bike rides over the weekend. It’s no wonder he took a gap year to catch a break from the grind, and used that time to work on attaining his EMT certification and do more fun stuff like reading, writing, and art. But he is ready to dive into the intersections of theoretical physics and neuroscience en route to a Ph.D. and scientific discoveries and innovation.